The Premise of the parade was that Mice from all over
the world were coming to help
Mickey Celebrate his Birthday...

They came by "Land"

I'm sure the idea looked good on paper...
but it came off as just "Cheesy"
We called it the "Rat" Parade...


Remember when Disneyland
could do a balloon release?

1984
The Year of the Los Angeles Olympic Games,
The first Apple Macintosh goes on sale and
It's Donald Duck's 50th Birthday!

All year Disneyland Celebrated with a Parade!

Mickey and Minnie "Rockin Out"
with Hewy, Dewy and Louie
and yes that's Tim O'Day in the brown slacks!

Here we have Donald, Daisy, Uncle Scrooge, Grandma Duck
and Ludwig Von Drake in the back...

Ducktales was still years away,so there was
No - Launchpad McQuack,
No - Darkwing Duck...
Just a bunch of Characters that hung out in the park...
doing a parade for the Duck!

But why stop at Clara Cluck,
Let's throw in Little John, Orville, Bernard and Bianca
and if you look behind the sign

A sign of the times:
you'll note that all the characters "Dancing" on the floats
had a handle to hold onto if they needed...
there were NO Safety Belts, hooks, wires and chains
bolting them down, restricting their performance...
we just got up there and did the routine
and nobody got hurt...

Now when I see the character tethered to the float I think... how sad...
but "Safety" comes first...
Just sad...

I want to thank my friend Mark for these
great photo memories!

and now 28 years later...
I still have that damn DD Birthday song in my head!
*Chorus*
Happy Birthday,
It's Donald's Birthday.
Happy, Happy, Birthday to you.
Hey Donald

There's a party,Party,
a party today
A once a year occasionA party, party!
is comin' our way
Donald's Birthday celebration!
Now repeat for the next 30 min...

It was worse that the "Small World" Parade loop in your head! 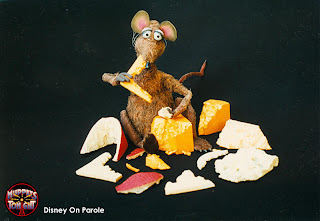 Here a Cool Drum Set...
The bass drum had blinking lights in it... 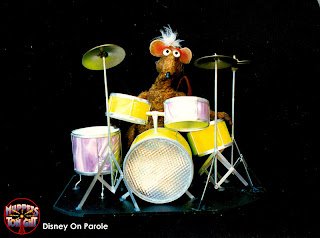 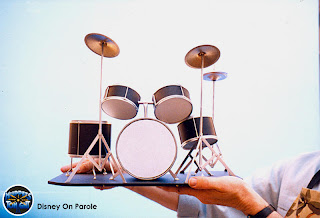 And even one set for the Rastafarian Rat! 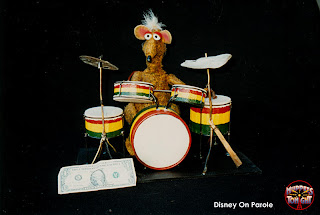 Little weapons!
these were fun to carve!
and they shot smoke. 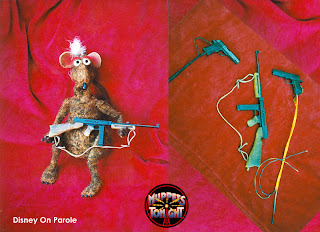 Things falling on someones head was always funny!
These are plastic frying pans ! 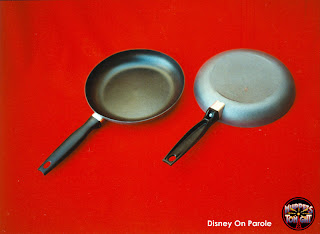 Always funny to drop Bowling balls on someone!!!
Foam rubber of course ! 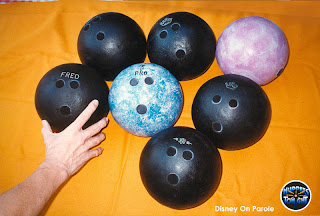 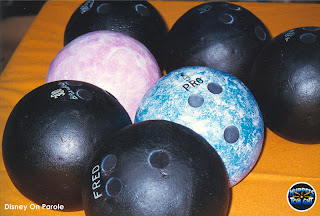 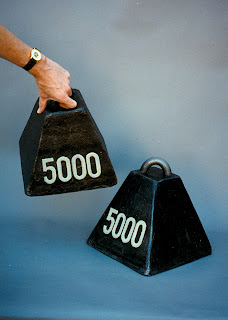 But my Favorites was for Rowlf the Dog!
I had make a Baby Grand out of foam...
just like Rowlf's piano, to drop on someones head! 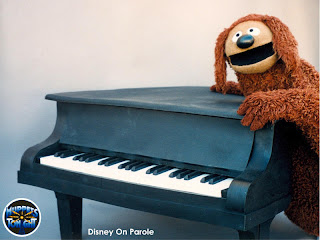 Here they are... Mines on top! 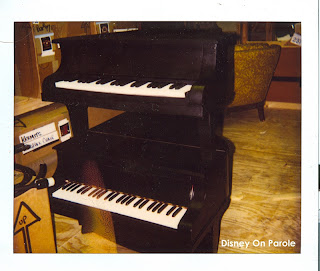 My last week, I gathered up my Favorite Muppets and got a picture with them!
Somethings you just look back on and are glad you took the time to do...
This photo is the best thing I did! 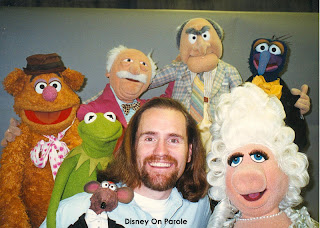 Working for the Muppets, was like
working at the park in the late 70's and early 80's....
Pure FUN!
You just knew that the job you were doing
was making a lot of people HAPPY!
Posted by Disney On Parole at 11:23 PM 2 comments:

I was asked to make 2 sets of golf clubs for
2 of my favorites, Statler and Waldorf!
These were a ball to make because of the scale!
It even had a working umbrella... 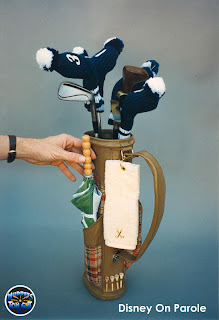 The zipper pocket opened and it had plastic golf balls inside 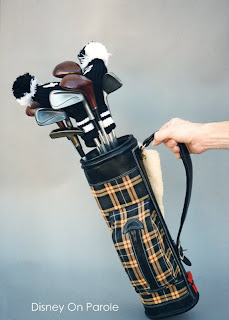 Here's Statler and Gonzo in Palm Springs on the golf course! 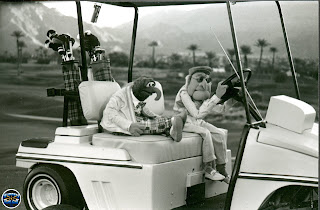 next up a fan for Miss Piggy
the lase and trim is the same that is used in her dress... 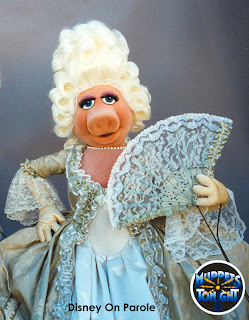 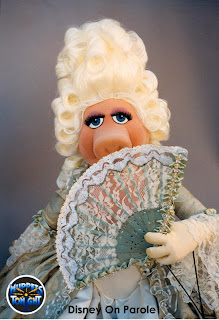 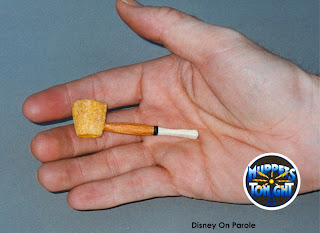 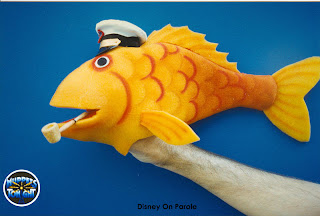 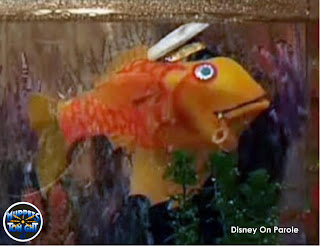